A Banbury area vicar who worked in military intelligence during the war and spent a lifetime in the service of the church, has died aged 86.

Rev Henry Ormerod, a wartime MI8 officer working in signals intelligence, who later served the Church of England ministry in the Banbury area for quarter of a century, has died aged 86.

Rev Ormerod served at many churches including St Leonard’s, Grimsbury and the Ironstone Benefice which covers the parishes of Wroxton, Horley, Hornton, Shenington, Alkerton, Balscote, Drayton and Hanwell.

His son, Peter, said: “He had an astonishing memory for bus registration numbers; he could recall the registration numbers of buses from decades ago and was always fascinated by timetables. He would know the precise history of many buses and had a detailed knowledge of the bus industry. He was also fond of trains and would enjoy watching them from the road bridge by the station.”

Henry Ormerod was born in Bristol on February 8, 1935 into a family of doctors and clergymen; his maternal grandfather had been Professor of Divinity at the University of Edinburgh.

He struggled with the sporting side of life at Marlborough but struck up a great friendship with a boy named David Nobbs, with whom he shared a study and a subversive sense of humour. David would go on to write The Fall and Rise of Reginald Perrin and various other TV comedies which included references to his Marlborough days. The two friends stayed in touch until David’s death in 2015).

Henry Ormerod began his National Service with the Royal Artillery in Oswestry, Shropshire.

“He was very badly suited to the artillery, having always disliked loud bangs, but was struck by how barrack-room life took away all social distinctions,” said his son.

“He was later transferred to the Intelligence Corps and joined MI8, spending the rest of his national service at GCHQ in Cheltenham. He would never talk about the specifics of his work for GCHQ but it clearly suited him and there was a lot of fun and friendship to be enjoyed there.”

After his two years’ National Service, Mr Ormerod took up his place at Pembroke College,Cambridge, to study Classics. He met his future wife at a Cambridge tea party. Having become very involved with the worshipping Christian community at Pembroke College, he was encouraged to explore ordination as a priest and transferred to Theology for his final year at Cambridge, doing two years’ worth of work in one year.

He then went to Queen’s College, Birmingham for two years of theological training. He was ordained deacon in 1960 and took up a curacy at Chigwell in Essex. After his first year, he was ordained priest. He then took up a second curacy at Thundersley near Southend-on-Sea, before moving to take charge of a church on Canvey Island in 1968, just after getting married.

He moved to Horley in 1997, serving as associate priest for the rural parishes of the Ironstone Benefice. He moved from Horley to Grimsbury in 2003 but remained involved with the Ironstone Benefice and would later help with services at St Leonard’s, Grimsbury. He did not retire fully until two years ago, aged 84.

Rev Ormerod self-published his autobiography, Keep Me Travelling, in 2006. The book shares its name with one of his favourite hymns and blends memories and reflections about his life and faith with detailed information about public transport through the decades.

While not ‘sporty’ as such, he was a keen croquet player from one of the more esteemed croquet-playing families (his father had written the official Croquet Association guide to the game and his brother was a winner of the President’s Cup, the greatest prize in the sport). He also greatly enjoyed playing bridge and chaired the Banbury Monday Afternoon Bridge Club.

Rev Ormerod died peacefully in the Juniper Ward at Horton Hospital on Tuesday, July 13 with family members by his bedside. He had spent much of the past five months at the John Radcliffe Hospital in Oxford, to where he was admitted with breathing difficulties. The main cause of death was aspiration pneumonia.

Son Peter said: “In terms of character, my father was an intriguing blend of extrovert and introvert. He had a huge, booming voice and would often exhibit a very hearty and convivial demeanour. He had a tremendous sense of fun and a sense of humour that varied from the intellectual (he enjoyed clever plays on words) to the absurdist (he would find great amusement in unusual juxtapositions).

“He also rather enjoyed solitude and spending time in his remarkably active mind (‘I’m not someone who ever gets bored,’ he told me a few weeks ago). Despite not being an especially tidy man, his mind was organised extraordinarily well and his recall of facts was astonishing. As a father, he was deeply loving, generous, forgiving and charitable.”

Rev Ormerod leaves his wife Priscilla, children Sarah, Michael and Peter and grandchildren Joseph, Christopher, Luke and Harry. Details of his funeral are being arranged. 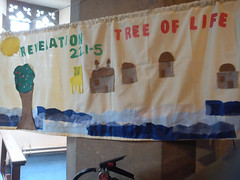 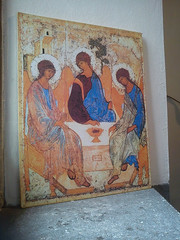 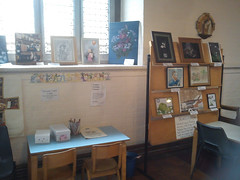 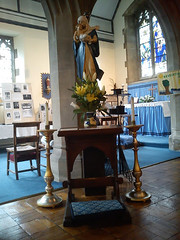 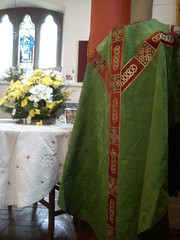 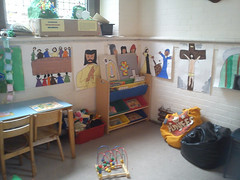 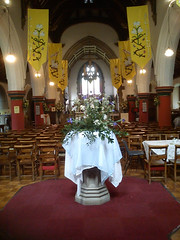 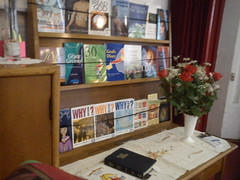 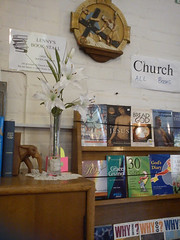 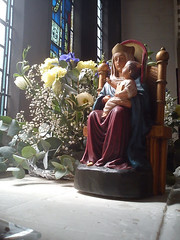